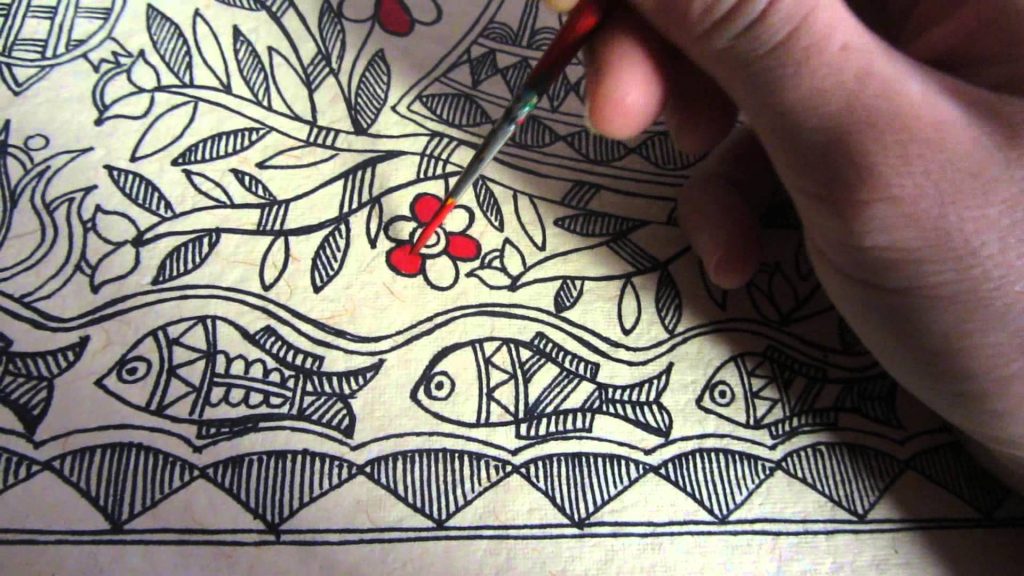 The art hails from the region of Mithilanchal common areas of Bharat & Nepal, Maithila one of the sweetest language of world has the art of Painting popularly known as MADHUBANI. Several motifs in the painting depicts the ancient mythology of Ramayna as the region is considered born place of SITA JI wife of Lord Rama as SRI JANAK JI Father of SITA JI wanted to record marriage of sitaji over painting, the art got its root. Many other natural motifs with some amazing triangles, lines, square without leaving any space followed by “KACHNI & BHARNI “  a painting term or the base of MADHUBANI PAINTING. Art considered holy in day to day life of pupil residing, reflecting their rich culture & tradition. Mostly religious &marriage ceremony are accompanied with such motifs over wall & floors as it brings positivity among, as we know human beings thinks in image.

The Ancient art of Kalamkari
Next
The Gond painting